Rudolph the Red-Nosed Reindeer was originally written in 1939 by Robert L. May, an ad guy who worked for Montgomery Ward, a department store. The store manager wanted to publish a Christmas story as a holiday promotion. May decided to write a story about an underdog reindeer, named Rudolph, who got chosen by Santa to guide his sleigh. May himself was somewhat of an outcast, and so it was important that his story got published even though his boss was unsure about it. May insisted the story would sell, presented his sketches and that year, Rudolph the Red-Nosed Reindeer sold more than 25 million copies. 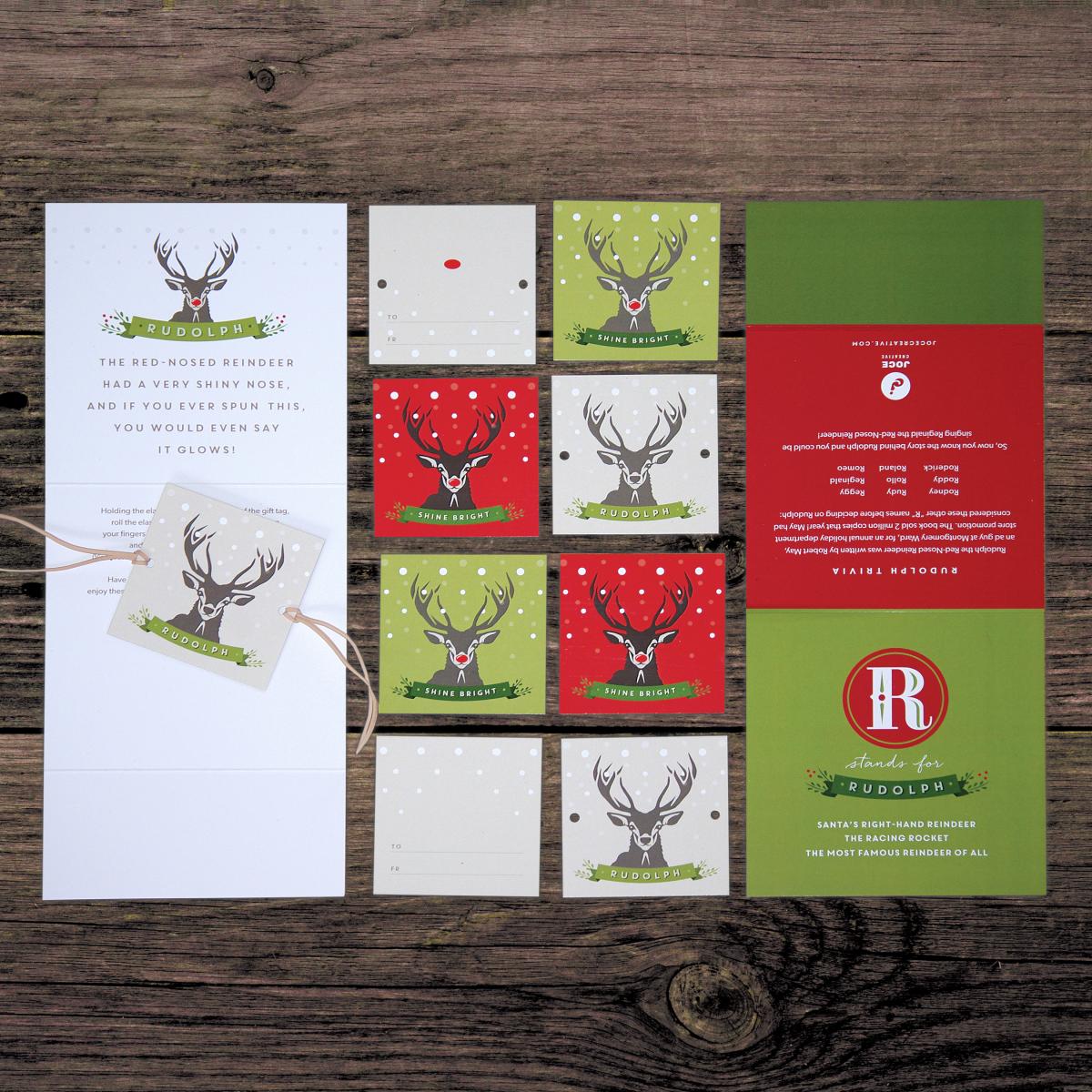 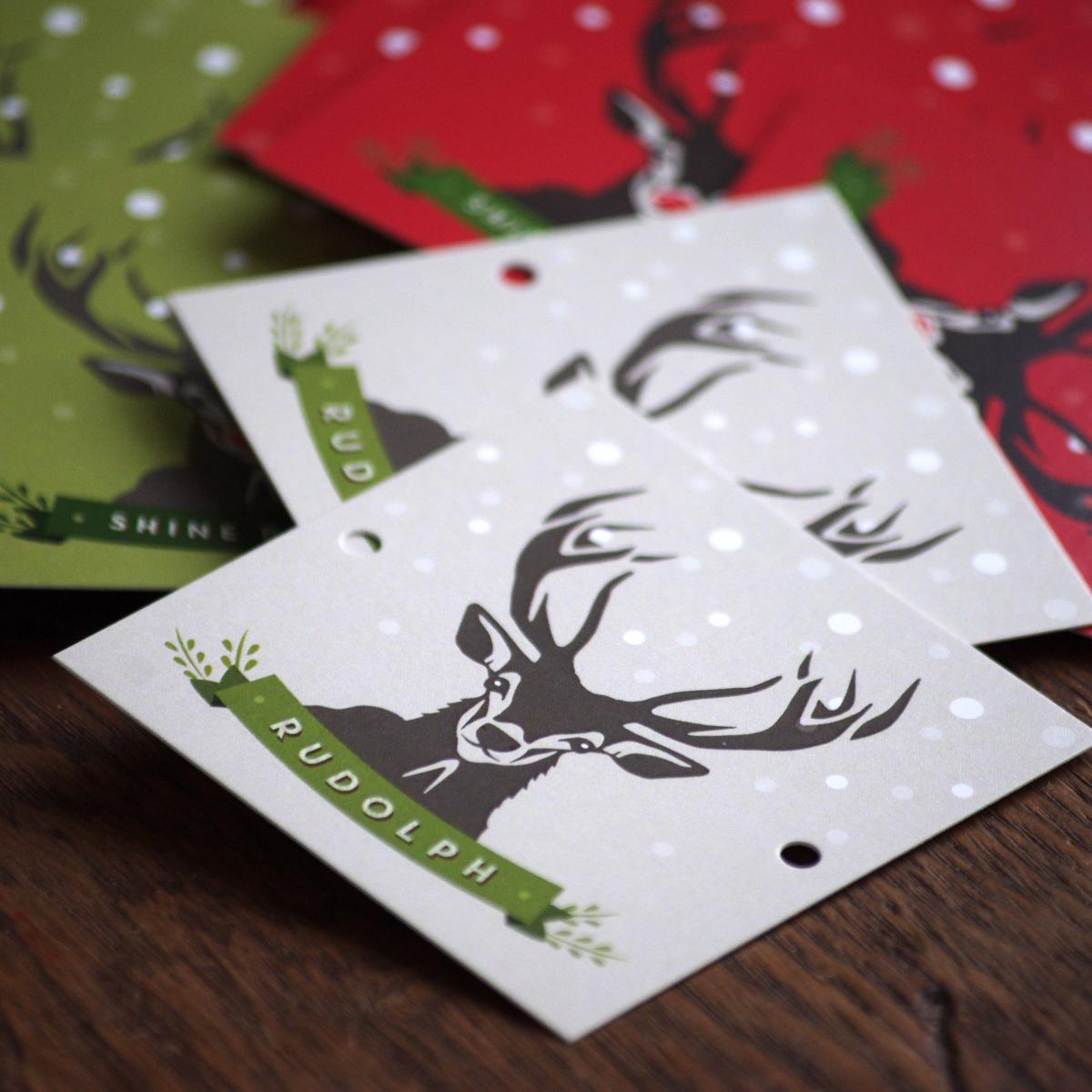 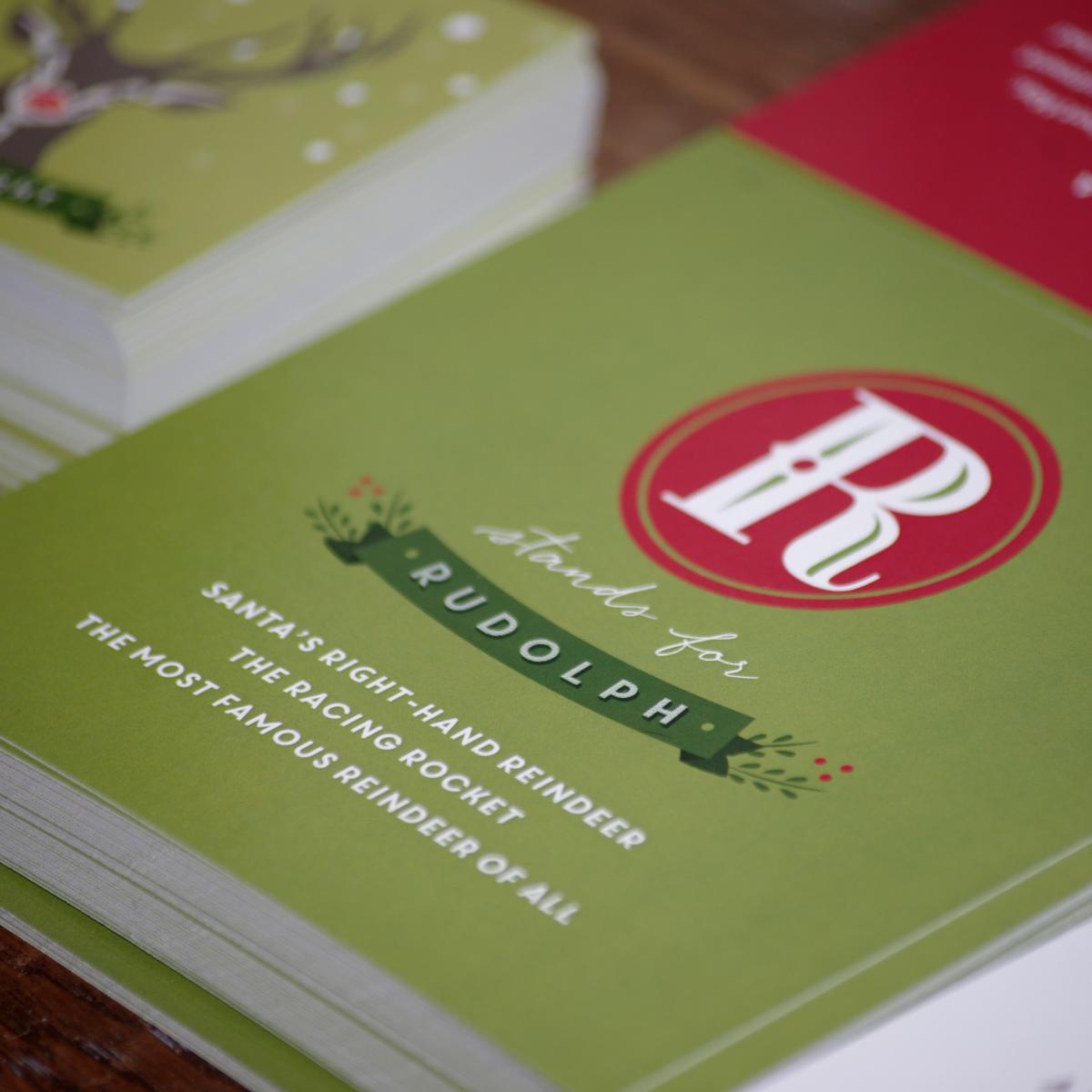 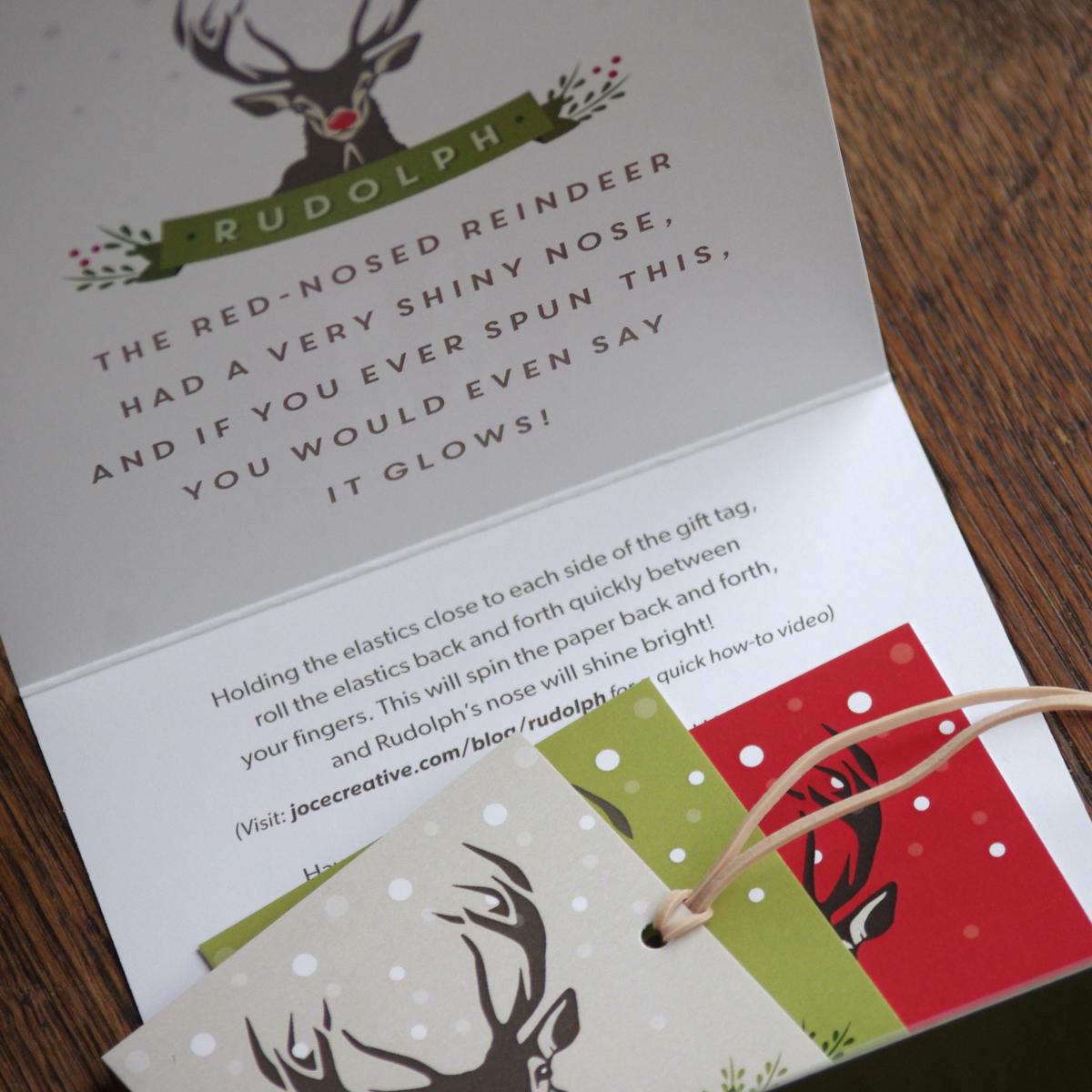 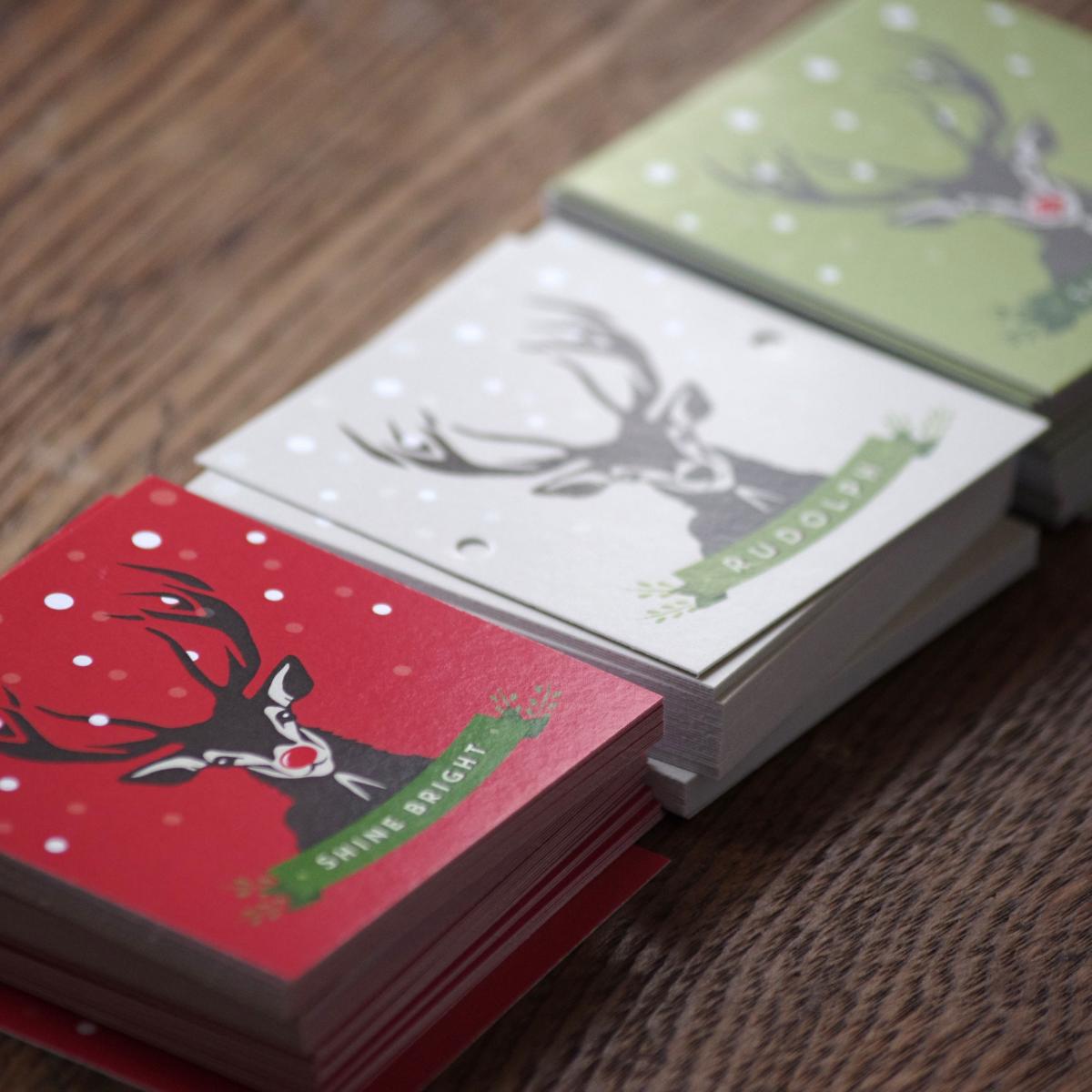 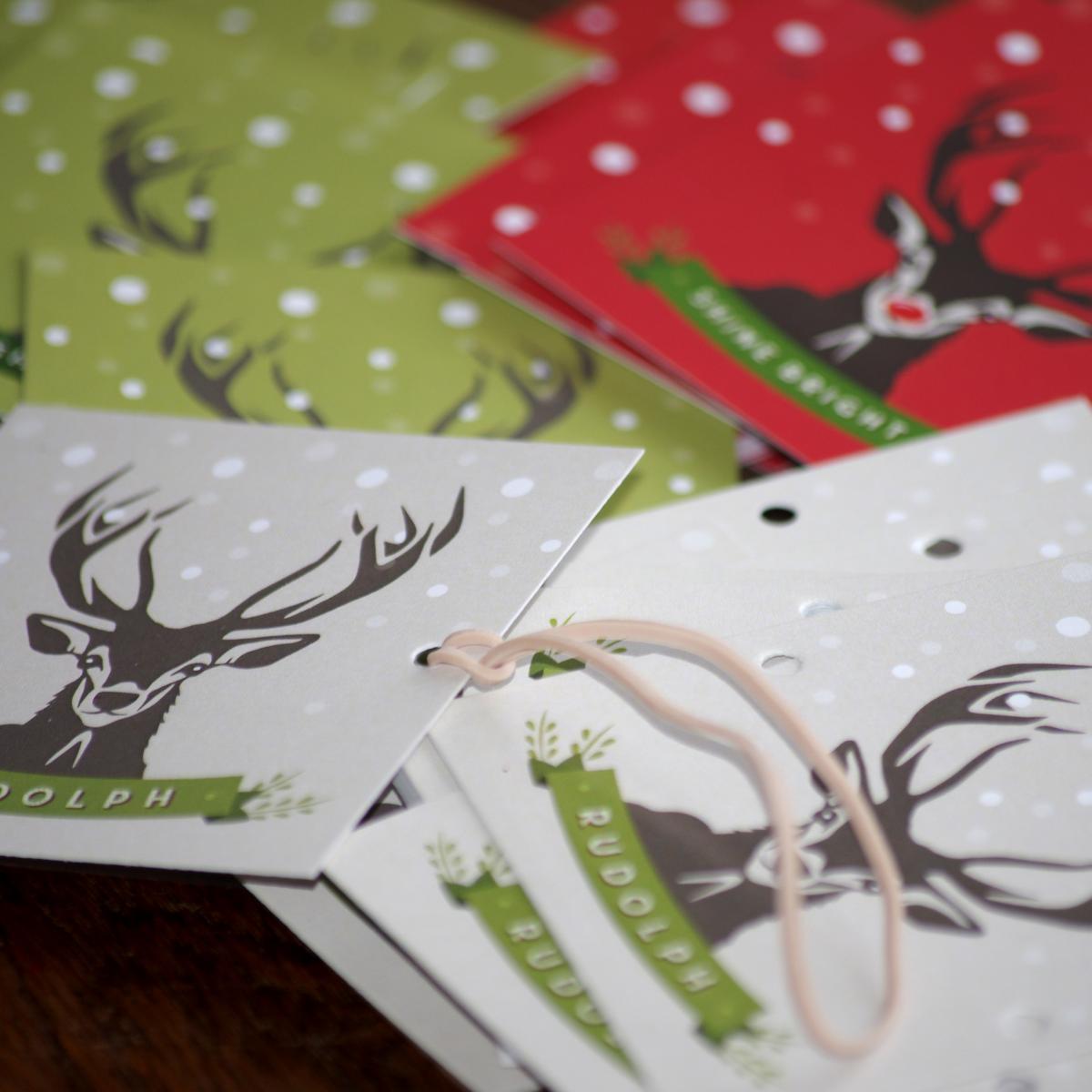 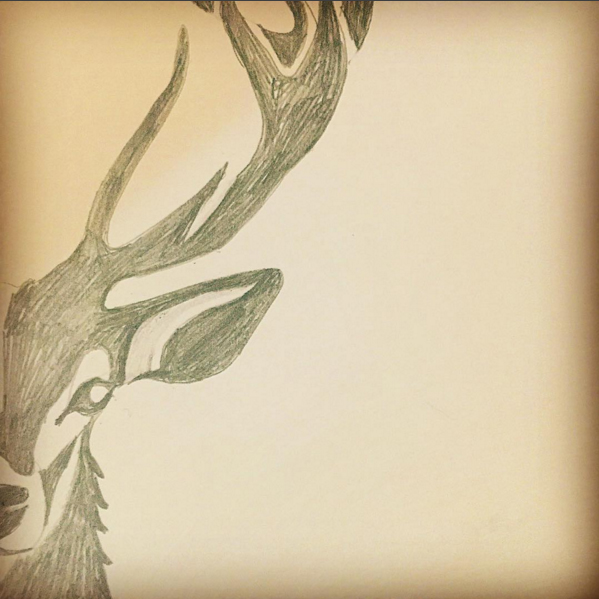 Inspired by visits to my grand-mère, who greeted us with such joy and always offered lots of sweets around the holidays, I give you my take on traditional candy patterns. This exploration of the simple but mighty line, which, when paired with others, curved and twisted, creates fun and bold designs. 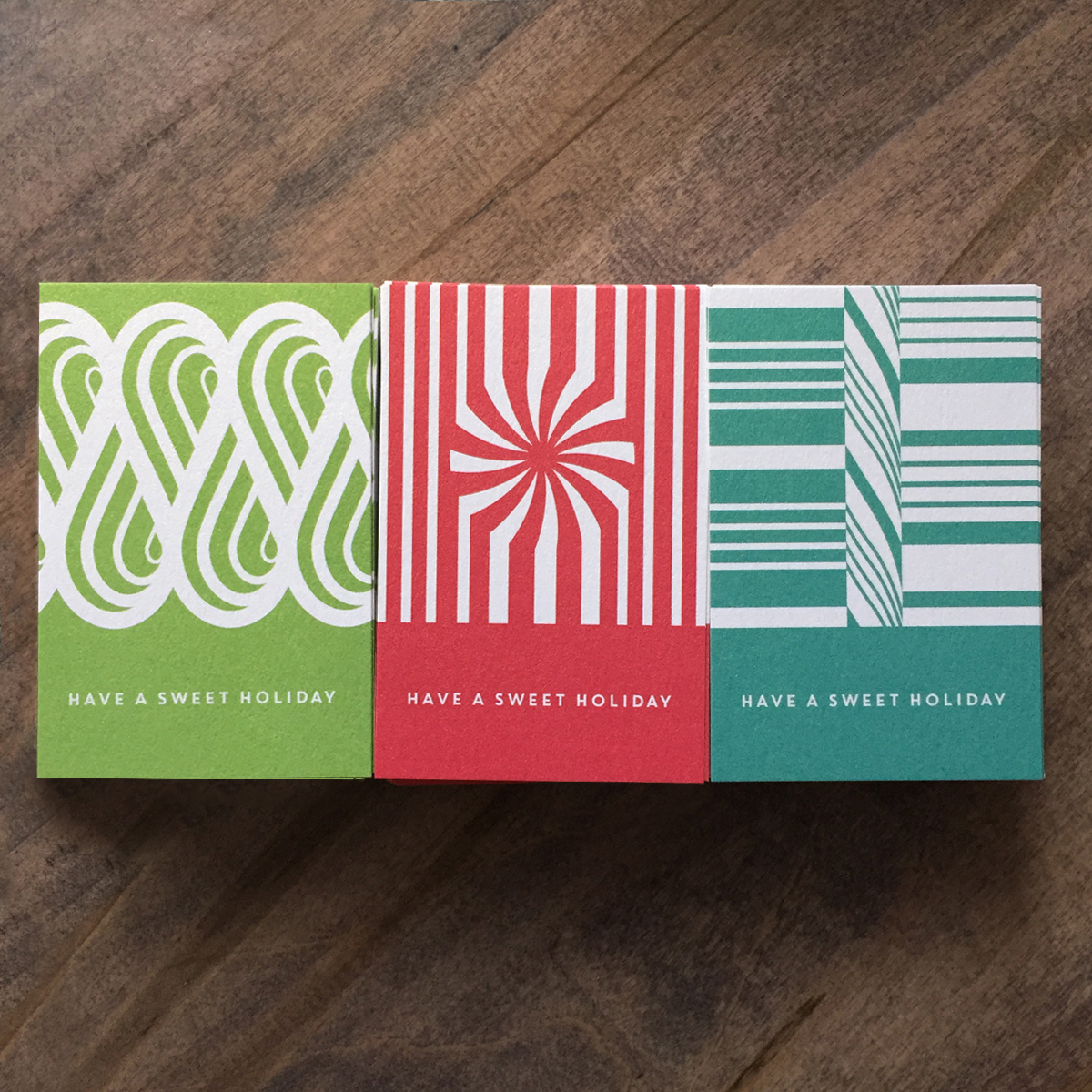 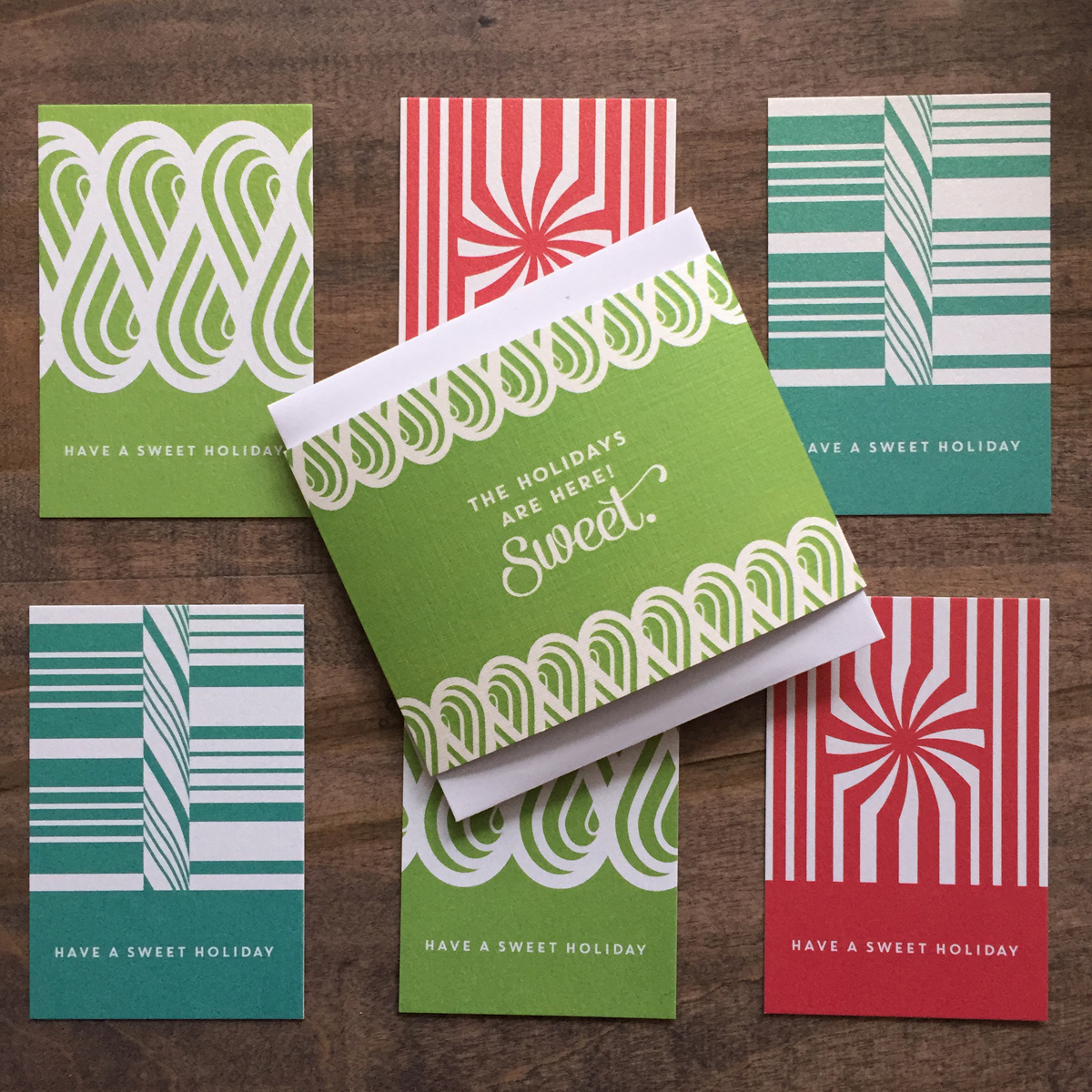 I love birds and started collecting them as ornaments not realizing the meaning behind them. It is said that they symbolize joy and happiness. It is also, apparently, an old Scandinavian tradition to feed the birds on Christmas Day.

For this year's client and family holiday gift tags, I chose to illustrate a black-capped chickadee, and experiment with goil foiling. The chickadee is the first bird that captured my attention as a child. We had a family friend, Teddy d'Éon, who would take myself and my four siblings to explore nature in the woods behind our house. He explained that the chickadee's name sounds like his song: "chicka-dee-dee-dee". I remember those days like it was yesterday and my siblings and I are forever grateful to Teddy for making us appreciate nature and have fun, sans ipads ;-)

Whether your favourite bird is a chickadee, cardinal or a goldfinch, try a new tradition and sprinkle birdseed on your doorstep on Christmas morning. I hope you get a visitor or two and that you have a HAPPY, LUCKY, NEW YEAR! 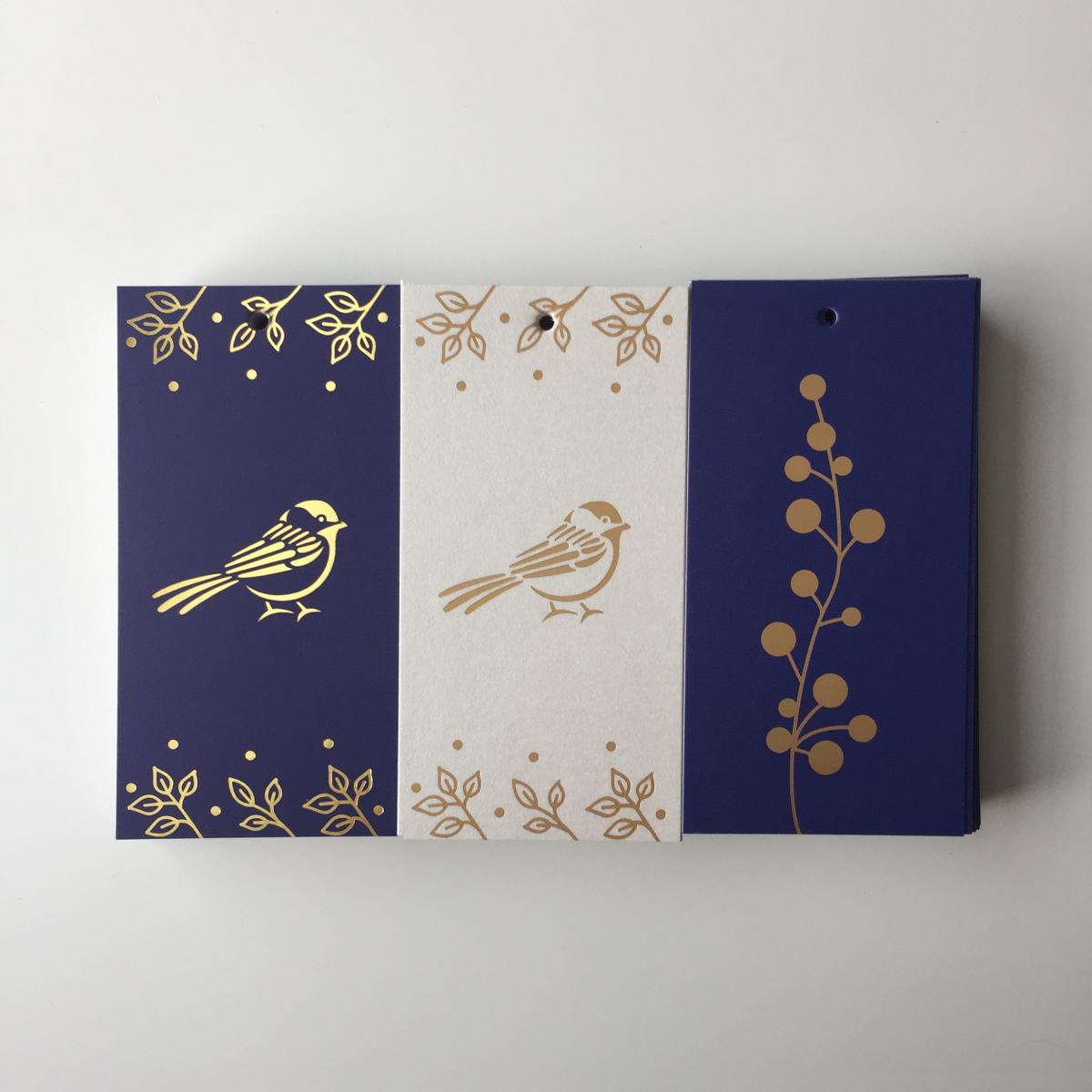 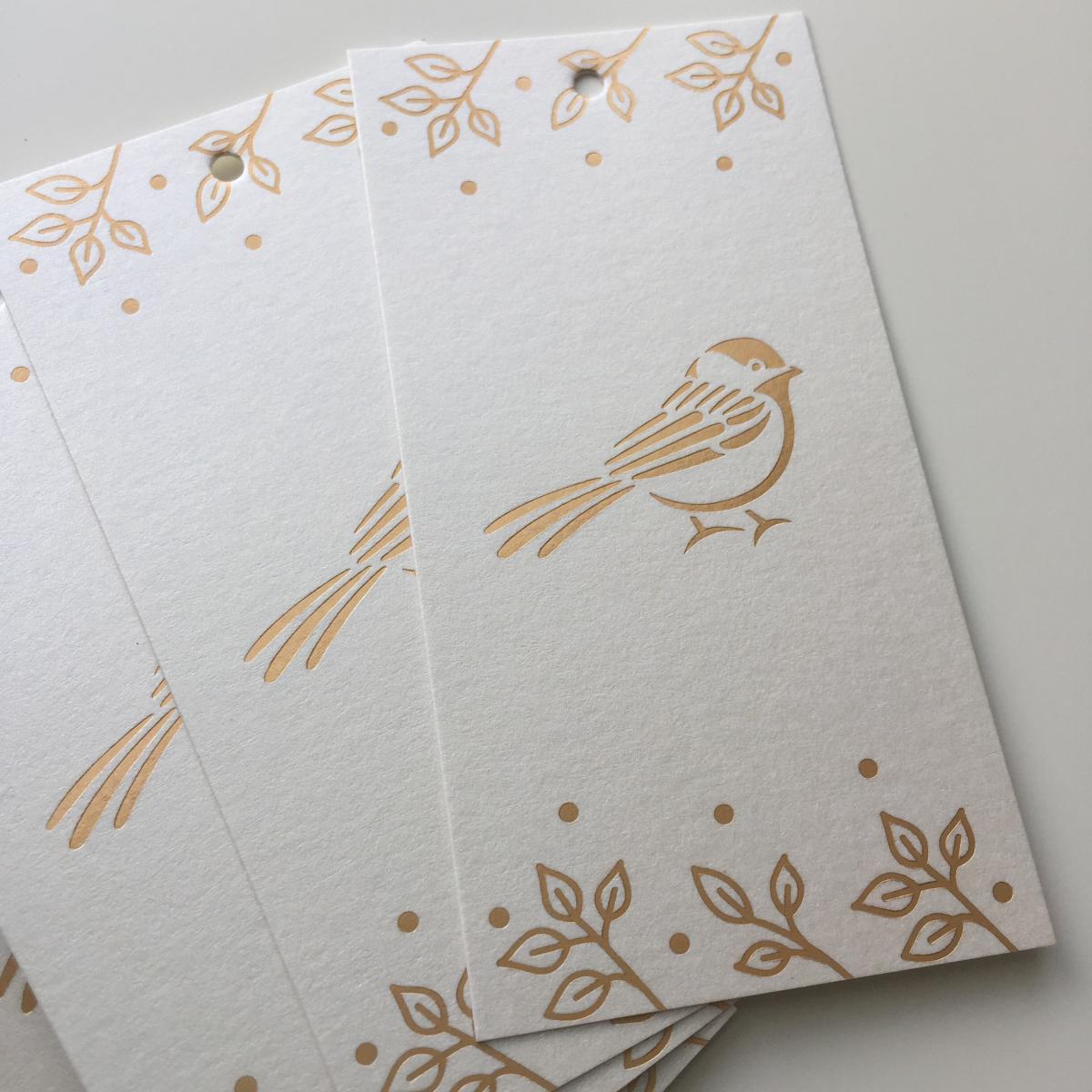 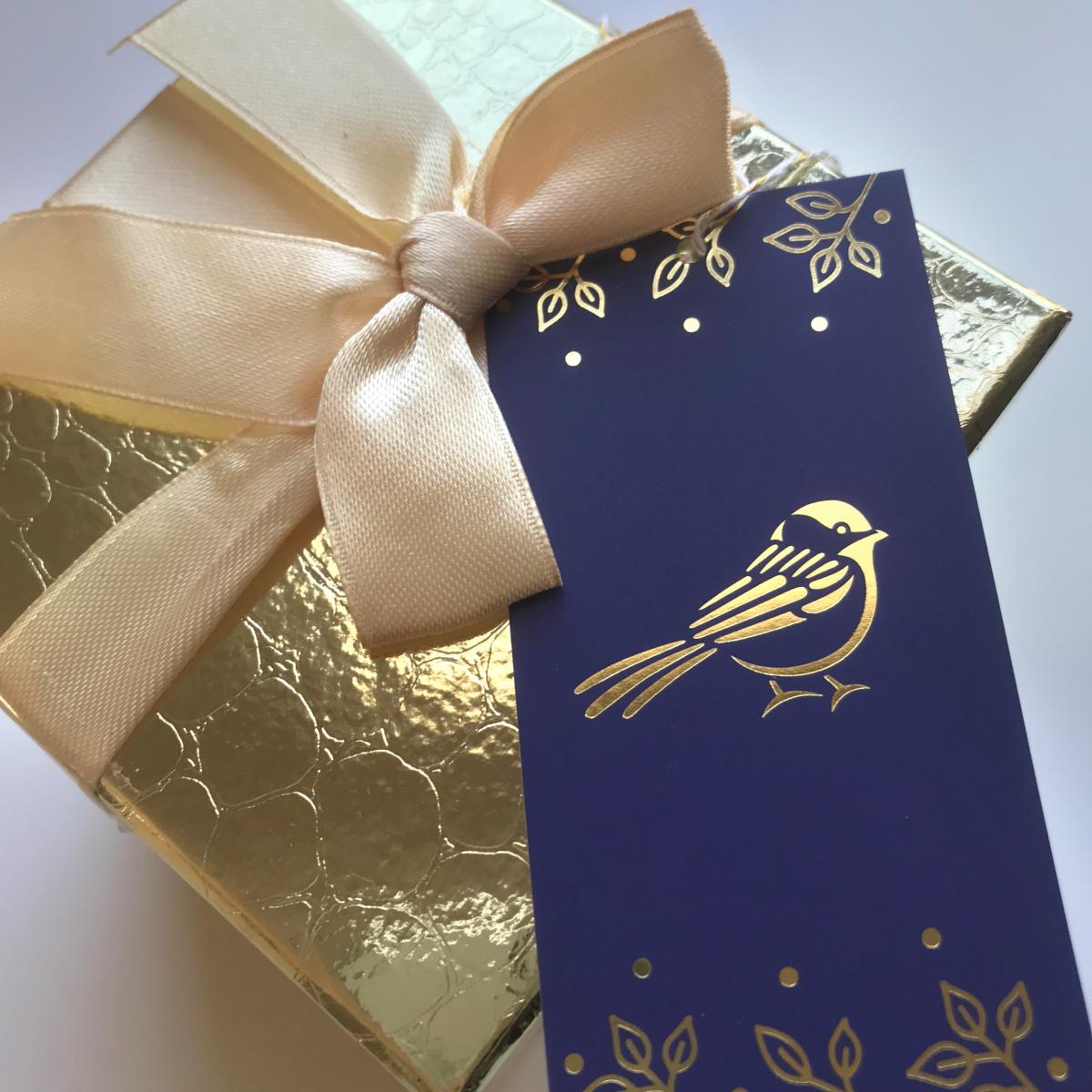 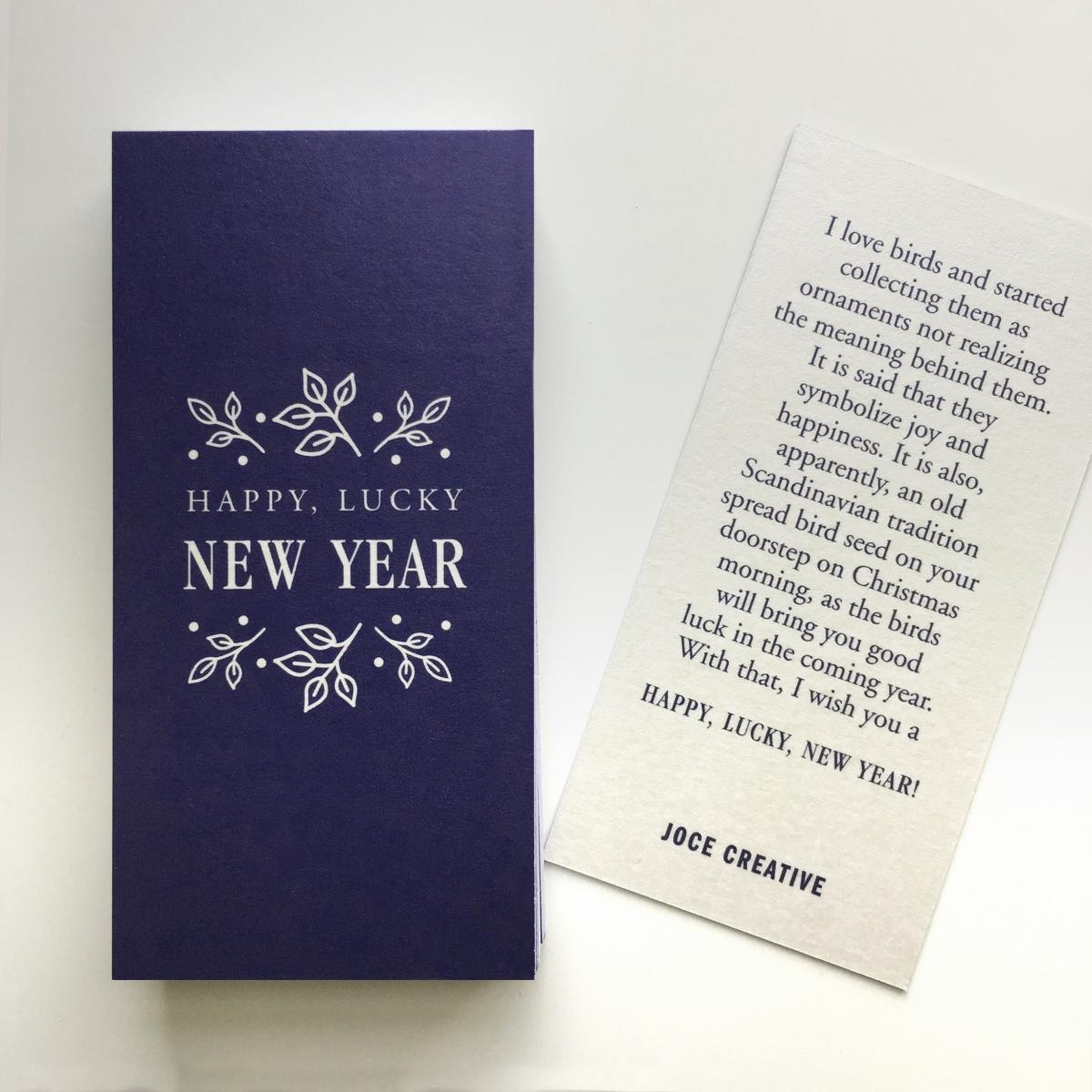 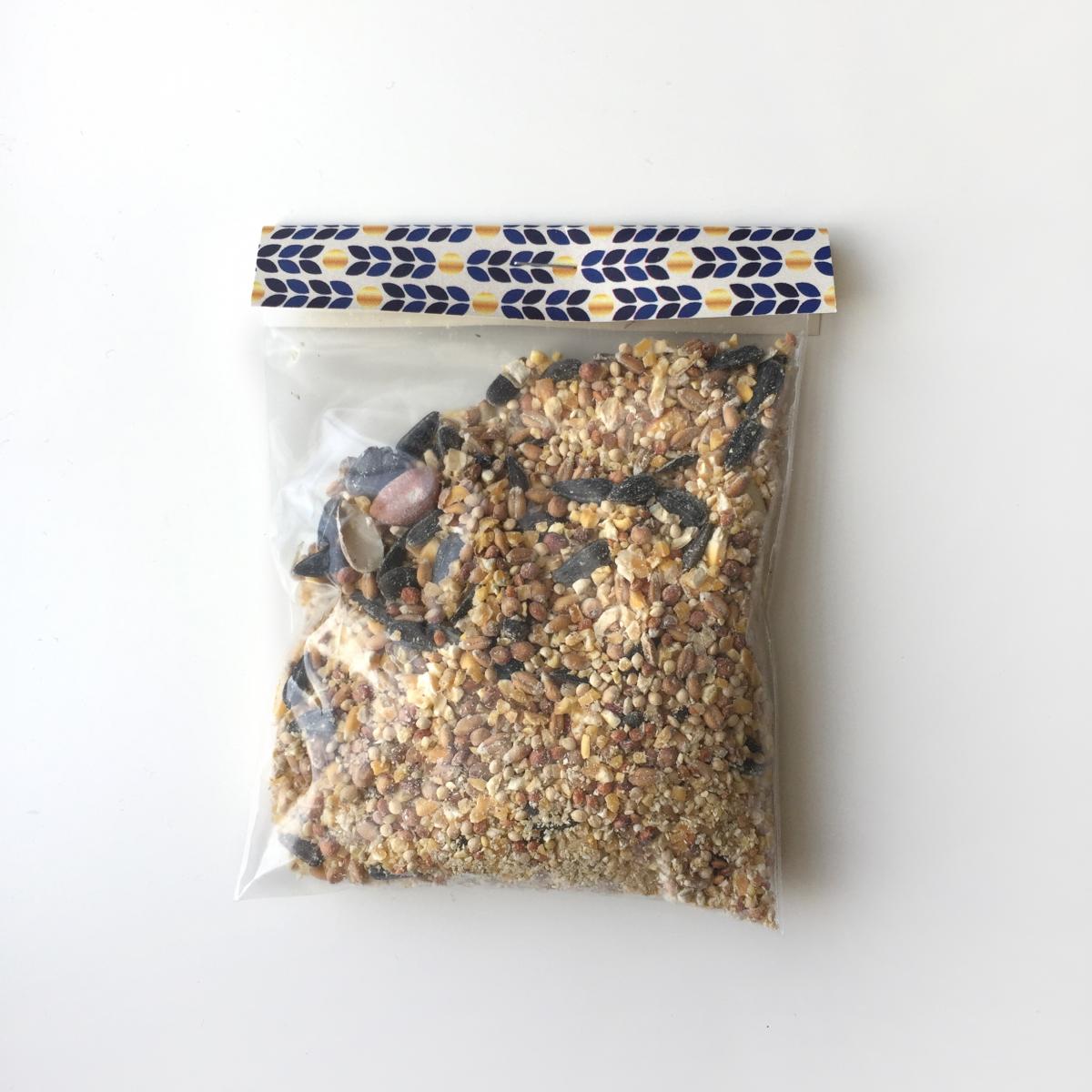 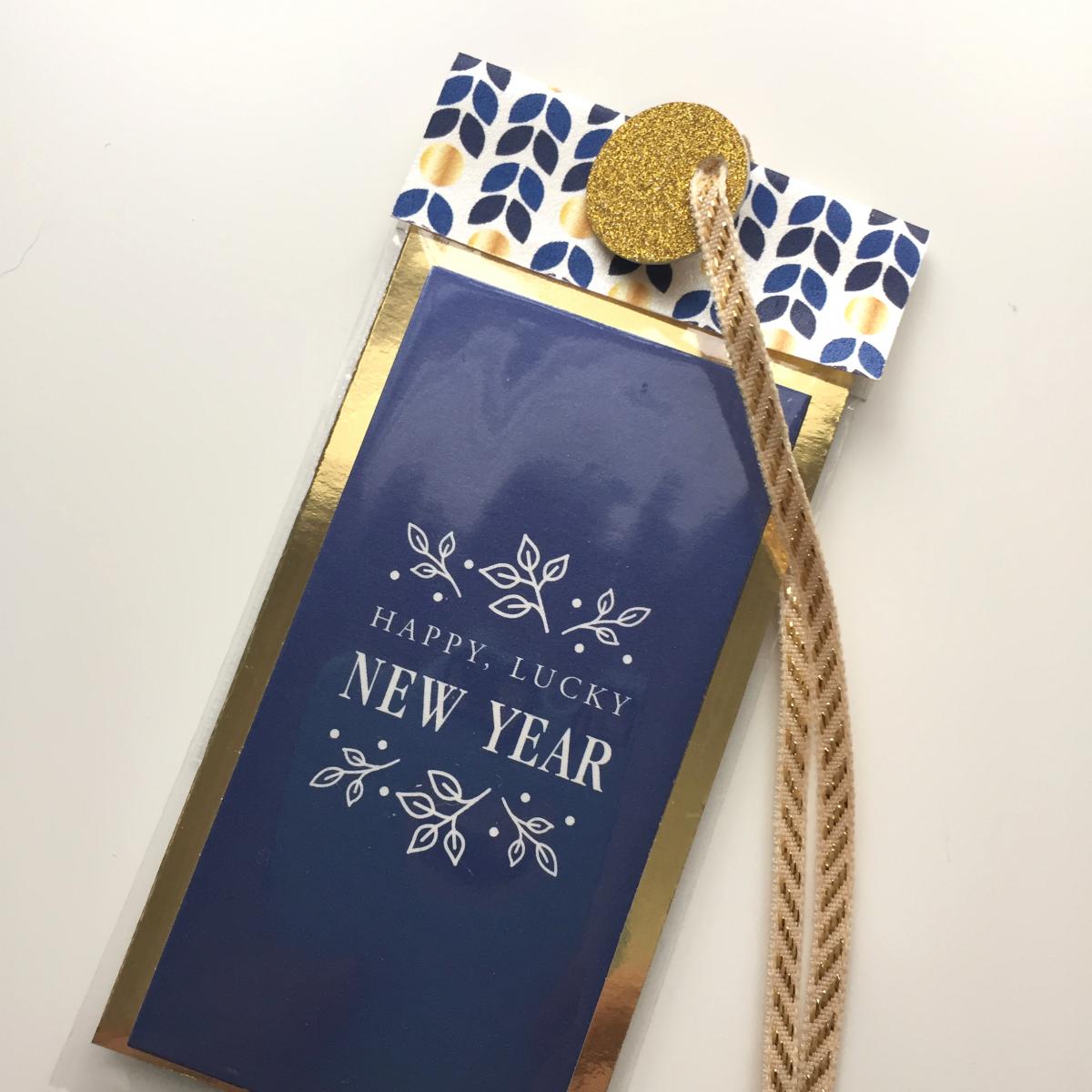