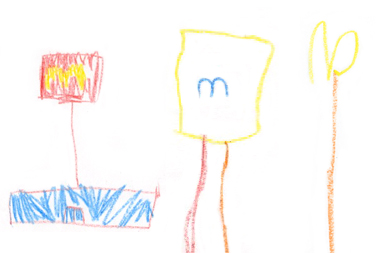 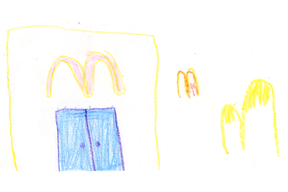 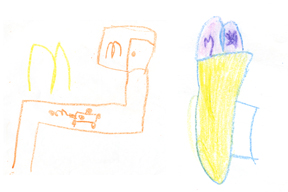 I love those little drawings!! so nice to see what children see.
love it!
Such a great idea! And I'm sure the lesson was beautifully taught.
What a great story with the childrens, Thanks for sharing. Love your work from Christmas Cards, logos, posters ...everything. Just perfect, elegant, clean, balance... not too busy.... Good Luck.
Thanks everyone! I'm glad I hung onto those drawings. It's so great to discover what children see!